UNIS DEBUTS THE NEXT GENERATION OF ALLEY GAME

UNIS is set to release Jet Ball Alley at the AAMA Gala. The unique combination of holographic technology and mechanical elements transforms a classic alley game to give players a whole new experience!

Following the success of their video bowling game Lane Master in the mid 2017, UNIS was immediately back at the sketch board to revolutionize another game in that genre. This time around, UNIS combined the use of holographic technology with physical elements to maintain some authenticity of the traditional gameplay. UNIS USA Sales Manager, Debbie Gonzalez says, “The unique concept of combining physical elements of a traditional alley bowling with video technology was what made Lane Master so successful worldwide. Why change a formula that works?”. After almost 2 years of development, UNIS is excited that Jet Ball Alley is finally ready to make its debut! 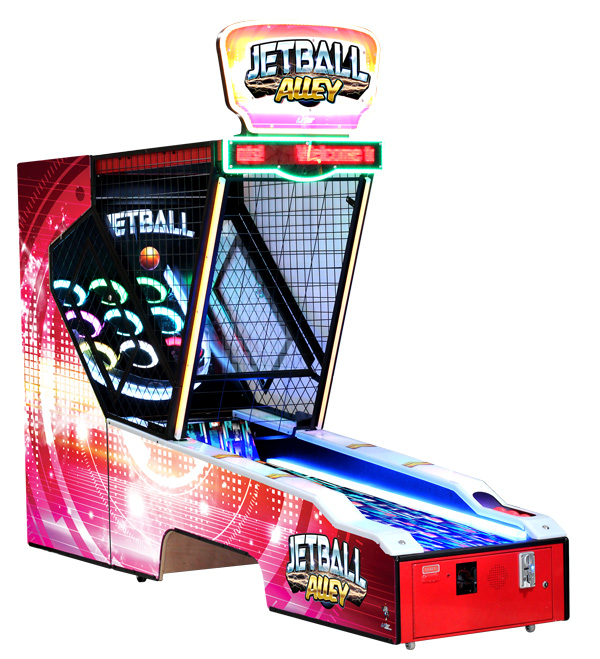 Jet Ball Alley sports a 55” LCD monitor with stunning color-changing LED lights around the 9 holes. The game uses innovative holographic projection to display vivid animations and cool effects. The object of the game is simple. By rolling balls up an incline, players must try to hit 3 holes in a row to score (they can be horizontal, vertical, or diagonal lines). Scoring ‘combo’s (more than one line of 3’s) yield more points. To add more excitement to the game, players also have a chance to play the BONUS round if they can reach a certain high score. There’s also a leadership board to get the competitive juices going.

Jet Ball Alley is available as a single unit or linkable 3 units. Shipping is estimated to start around end of October to early November. Jet Ball Alley will make its debut next month at the AAMA Gala which will take place Sept. 9-13 in Lombard, Ill. Come see what the next generation of alley game looks like, don’t miss out!