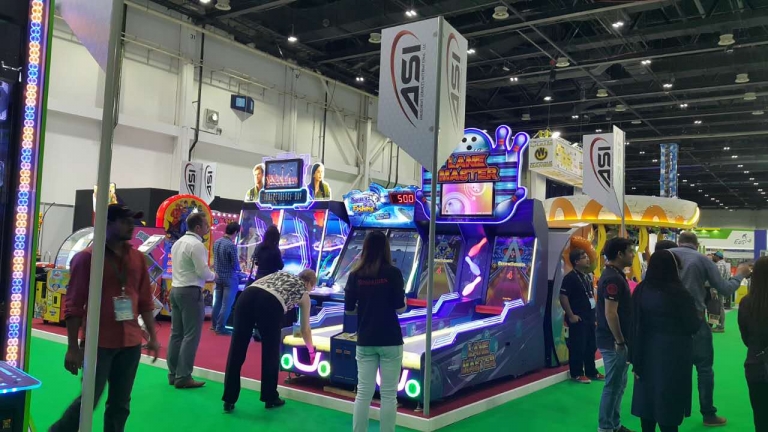 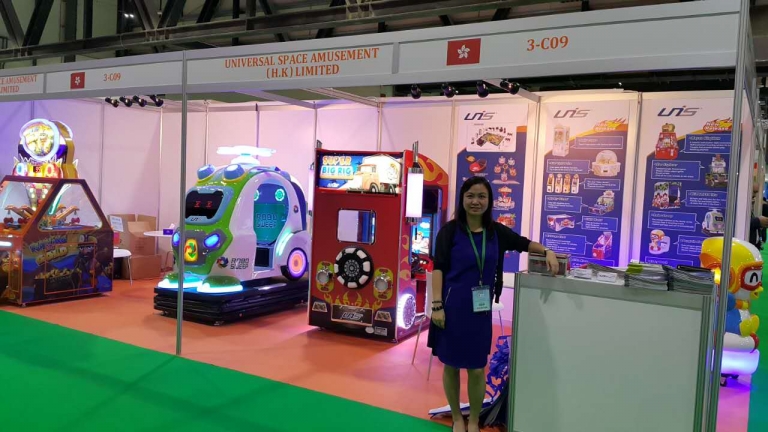 UNIS participated in the 23rd Dubai Entertainment Amusement
and Leisure (DEAL) Show which was held from March 27th -29th
at the Dubai World Trade Centre, UAE. In addition to having
our own booth, UNIS was also represented by our local distributor,
Amusement Services International (ASI) where Independence Day 2:
Resurgence and Lane Master debut for the first time in the middle east.

Independence Day 2: Resurgence: UNIS teamed up with 20th Century Fox
for the first time to bring Independence Day 2: Resurgence to the arcade.
Incredible lights and monitor equipped playfield make the mechanical
gameplay of ID2 that much more exciting. Using the dual handle controller,
players attempt to shoot the balls into the targets at the back of the
cabinet for points. A video monitor displays animations as you progress
towards the mothership for a chance at winning the mega bonus. The game
is sold as a twin set and comes with an attractive Bonus Marquee.