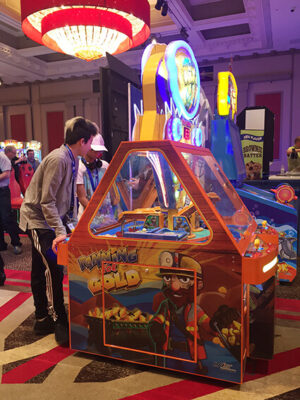 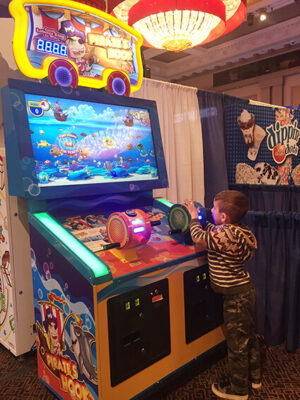 UNIS at the NJAA 2017
The New Jersey Amusement Association (NJAA) hosted its 22nd Annual East Coast Gift & Variety Show at the Golden Nugget, Atlantic City last week. The 2-day show connects professionals from various segments of the amusement industry for two days of networking and educational seminars. Attendees included owners, partners, managers, buyers, and other professionals from the amusement industry.
UNIS had the all-time-favorite Pirate’s Hook (2-player) and the all-new innovative water game Panning for Gold at Betson’s booth. Both games attracted much attention from buyers who are looking to update their location and to add some uniqueness to their current lineup.
Panning for Gold is a 4-player family game that takes you back to the days of the Gold Rush when everyone was looking to get rich quick! Players use the controls to scoop up as many gold nuggets as possible and dump their treasure onto the unique weighing platform. The heavier the nuggets, the more tickets you win. The nuggets cycle around a flowing stream that is safely contained within the cabinet. The game uses a self-recycling water system complete with water filter and pump, making this game easy to maintain.
UNIS will have the Panning for Gold at next month’s Amusement Expo show in Dallas, TX (March 15-16). Go check it out for yourself! 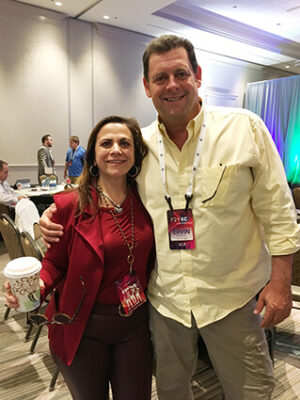 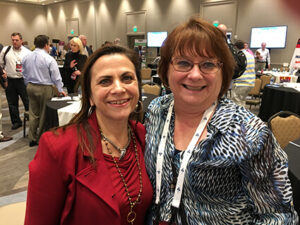 UNIS at F2FEC
This year again UNIS was proud to be one of the sponsors at the F2FEC.

The theme for this year was "DIFFERENTIATE" What can you do or what do you do that differentiates your business from everyone else?

The speakers included Kevin Bacchus from Dave & Buster's, Jeff Benson from Cinergy Cinemas, Joe Vajda from Aria Architects, Paul Chambers from Element 5, TJ Schier from Which Wich, Peter Shenkman from Help A Reporter Out, Michelle Adams author of Brainology, Craig Wescott from The Track and Phil Zacaretti from Phoenix Theatres, Bill Gladwell who is a mind reading entertainer along with input from both George Smith and Rick Iceberg.

Each of the attendees was uplifted and encouraged to think outside the box, share information, and extend their horizons. The point to prove was that investing in original thinking increases business.

George Smith introduced his top 100 must have games and UNIS had:
- Pirate's Hook 4-Player
- Safari Ranger 4-Player
- Ducky Splash
- Duo Drive
- Up and Away

In the top 50 games UNIS had:
- Duo Drive
- Pirate's Hook 4 player
- George also mentioned Bandit Express and how he feels this is an added attraction for any location.

Rick Iceberg mentioned only his top 20 games and Pirate's Hook 4 player was on that list
Last year the game made him $40,000 in revenue and this is in its 3d year at the location. He feels he will make that amount again this next year.

The buzz game was Stinky Feet. Rick Iceberg said that it earned him $128,000 this first year alone.

The second company is Off the Wall - Ervin Mendel. Ervin is an owner of a trampoline park in Florida and is in the process of building his second and third centers all in South Florida.

Rick Iceberg, Ben Jones and George Smith arranged this the conference and once again it did not disappoint. The venue was the Chateau Elan Winery outside of Atlanta, Georgia.